Private Chef to Pierce Brosnan, a bulimic model and an arms dealer. It's all in the book EATING MY WORDS. 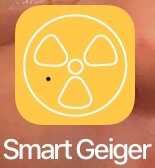