Two more weeks of the summer holidays and in spite of my cheery appearance I’m sinking.

Yes, I know things could be worse and I need to get a grip. A boy, younger than my own son Joe, has just been murdered in Barcelona. There are landslides and war and . . .

and it doesn’t stop me from feeling the despair of the every day.  There’s the endless feckin washing, EVERYWHERE around the house because if I put it out on the line I’ll be doing the hokey-cokey with it all day when it starts raining sideways during a sunburst. 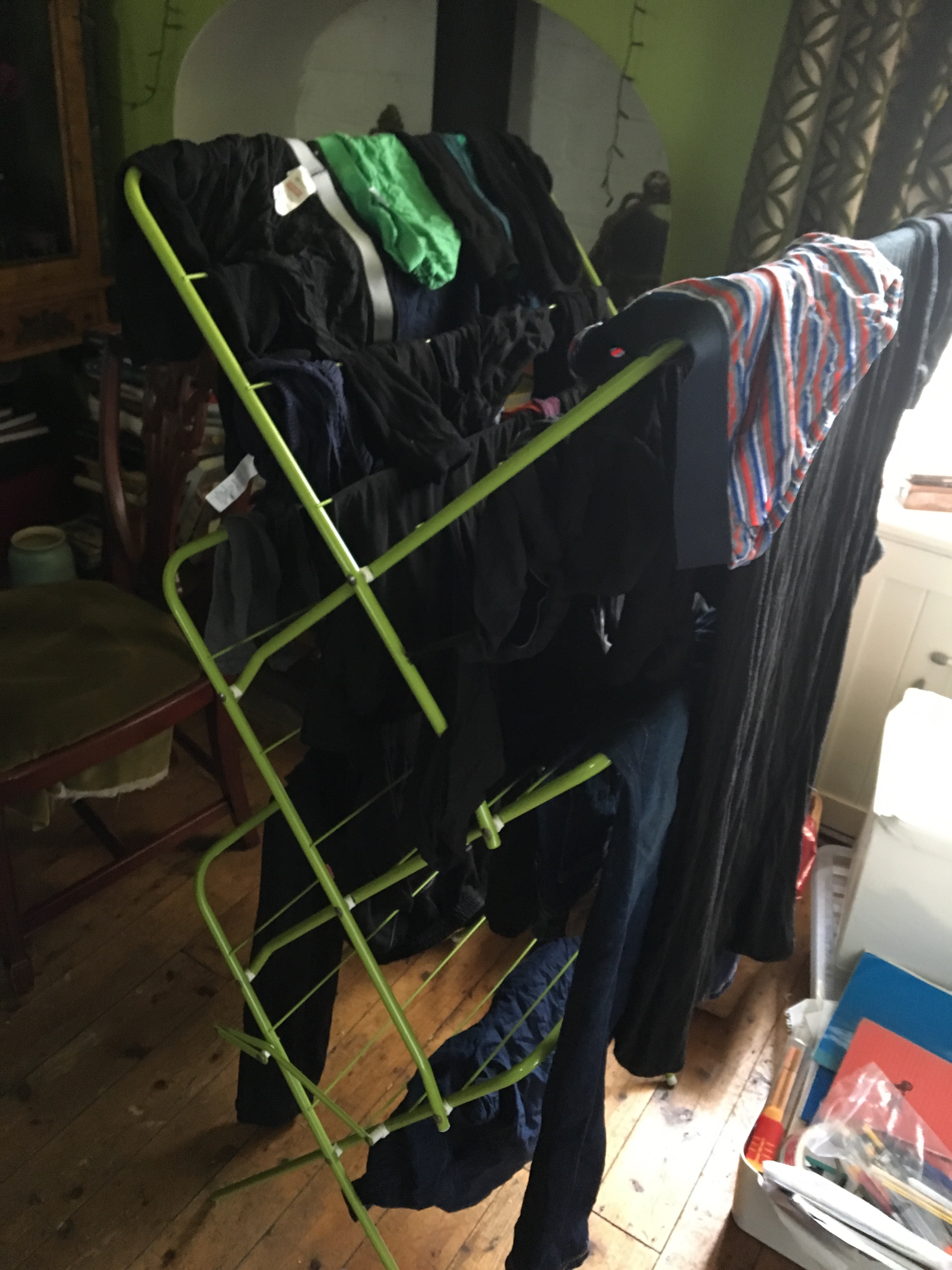 There’s  the ironing which took me 3 weeks to get through and then it was all back in the wash basket within two days. 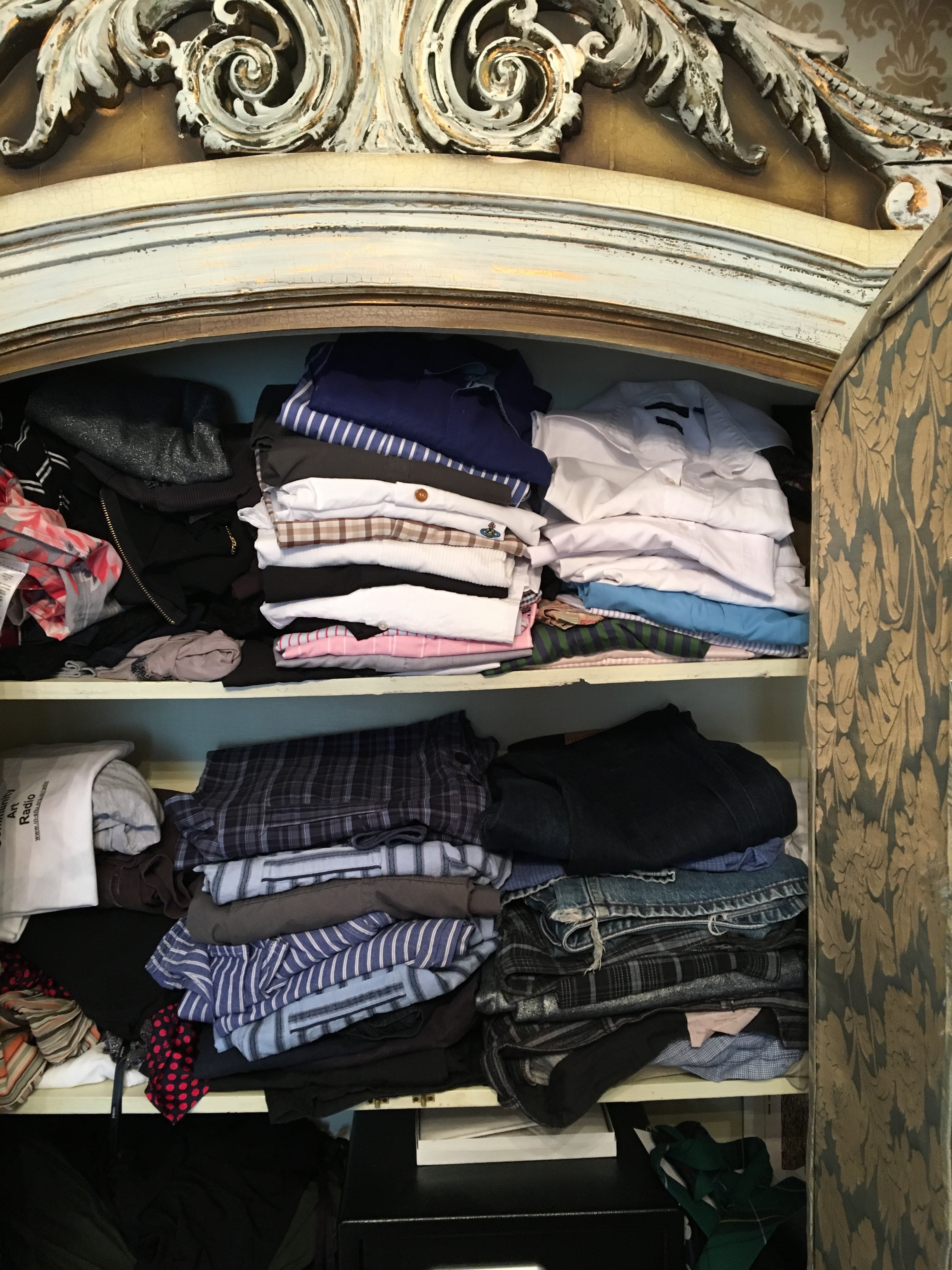 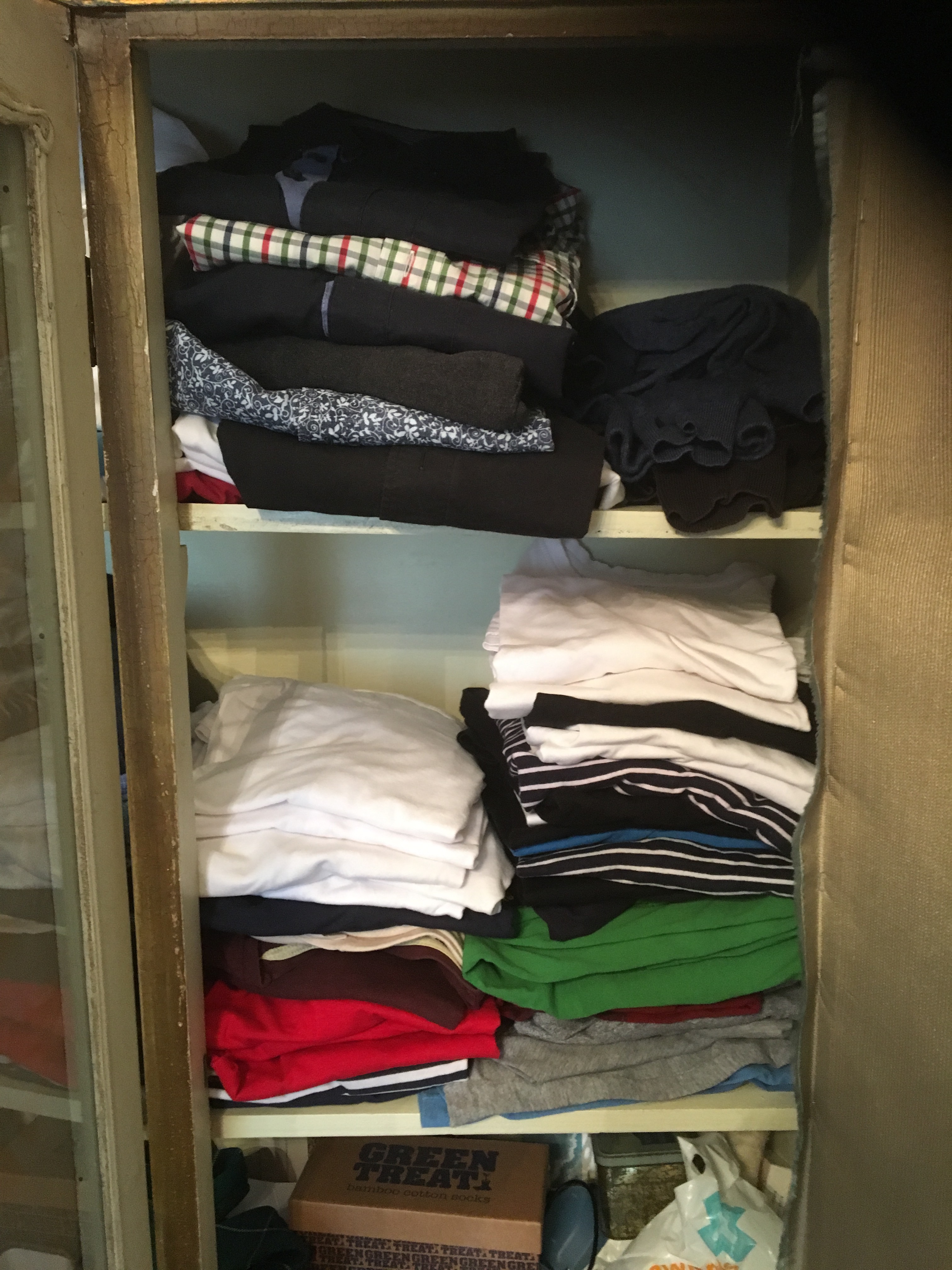 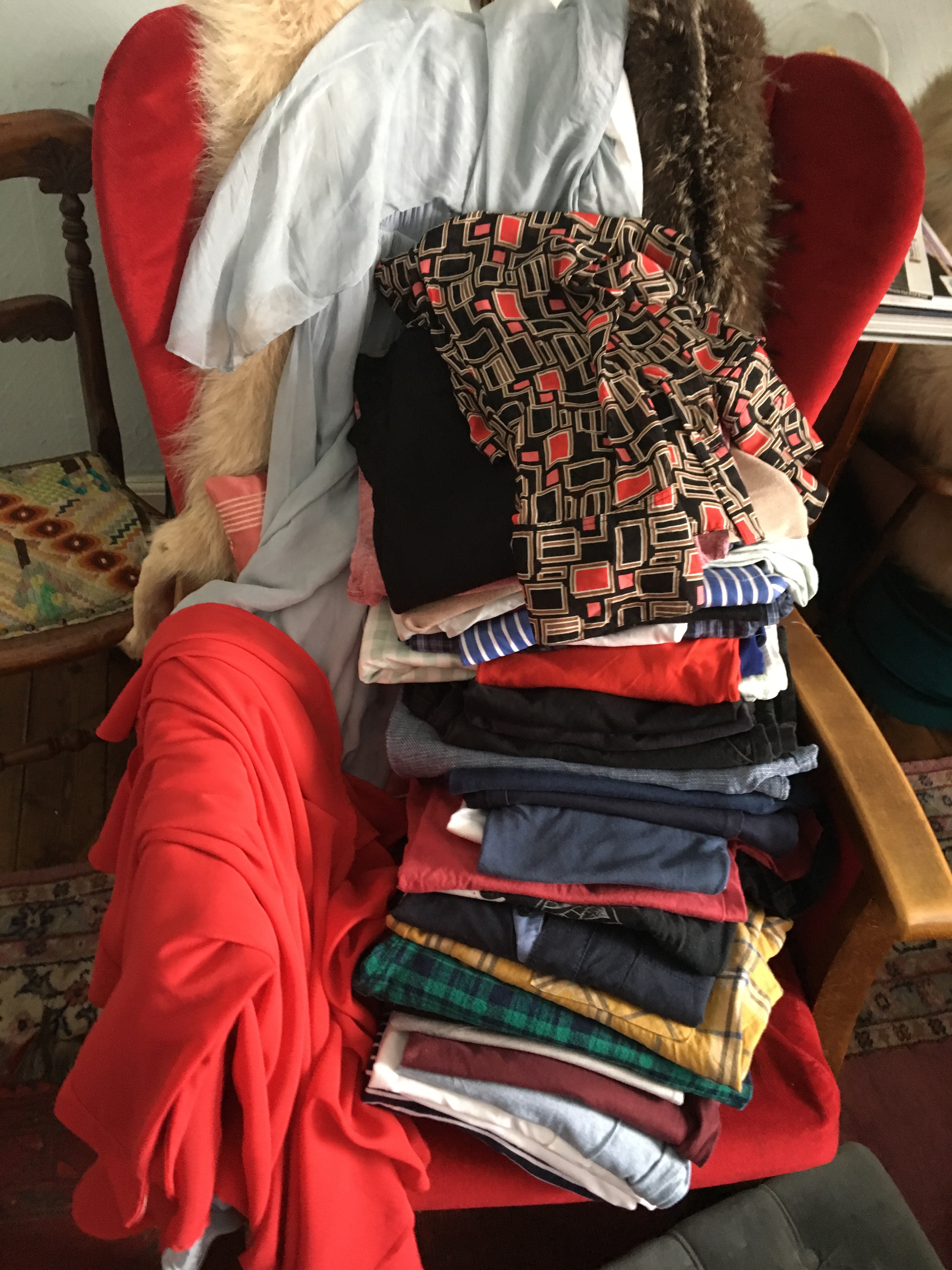 The sofa in my bedroom is piled high with the half-worn/not-worn-for-long-enough-to justify-putting-in-the-wash clothes. I wake up and it’s staring at me and I want to put the whole fucking lot in a bin liner.

Then there’s the cooking.  I have two Facebook cookery pages #BudgetCookingWithGillWatson and #EasyVeganShit.  I loved posting my homemade meals on these pages. My 16yr old daughter is vegan and making interesting and nutritional meals for her and posting about them made me feel like I was achieving something. I’ve posted almost nothing  over the last couple of months..
Last week I spent over 2 hours making a vegan moussaka for Zoë. I drank 1/4 litre of gin whilst I was in the kitchen and by the time it was ready I had almost lost my will to live.
I know sharing home made food with family,  friends and strangers is a wonderful thing. I cooked in Preston town centre yesterday for #FeastForPeace and  the  highlight  for me was a Swiss lady telling me that my Lancashire broth and dumplings was the exact same thing that her mum used to make for her as a child in Switzerland – barley  and lentils and split peas with vegetables. She couldn’t believe it was also a British classic.

When my cousin was killed by a shark on his honeymoon the only way I could think of comforting his parents and brother was to cook for them. I baked steak pasties and apple tarts with love and sorrow in every step of the process. I know the importance of cooking.
But sometimes, and always in the holidays, I literally cannot be arsed. If the sun is shining I want to be out in it and if it’s dark and raining then I need to get out of the house to stop me reaching for the vodka bottle.  Ged-the-husband has been working all day, six days a week and he’s been coming home to an empty fridge and the suggestion of a lovely little dinner out in a country pub.  This should be a treat and a joy but it’s not if it becomes the norm because you’re too lazy and depressed to cook.

And if you can feel another roll of fat with every pie and chip dinner.
I tried to snap out of it. I went out and bought tons of fruit and vegetables and 0% fat Greek yoghurt. My plan was to feed us all fruit and yoghurt for breakfast, fish and veg for lunch then a teensy bit of fish or meat in the evening with delicious salads of  mango, spring onions, lettuce and crushed peanuts with a squeeze of lime.  We would stay off the booze for a month and be new people by the new term.
On the day I shopped for this new lifestyle I was worried that we only had four weeks of the holidays left. I wanted the new me detox programme to be longer.

By 4pm that very day I’d already downed  a stinking great vodka with passionfrut juice and had a bottle of Sauvignon in the freezer because I couldn’t get it cold quick enough.

Is it addiction? Is it depression? Is it self-indulgence of an aspiring middle class bitch who doesn’t have enough to worry about and should get a grip?
All three. 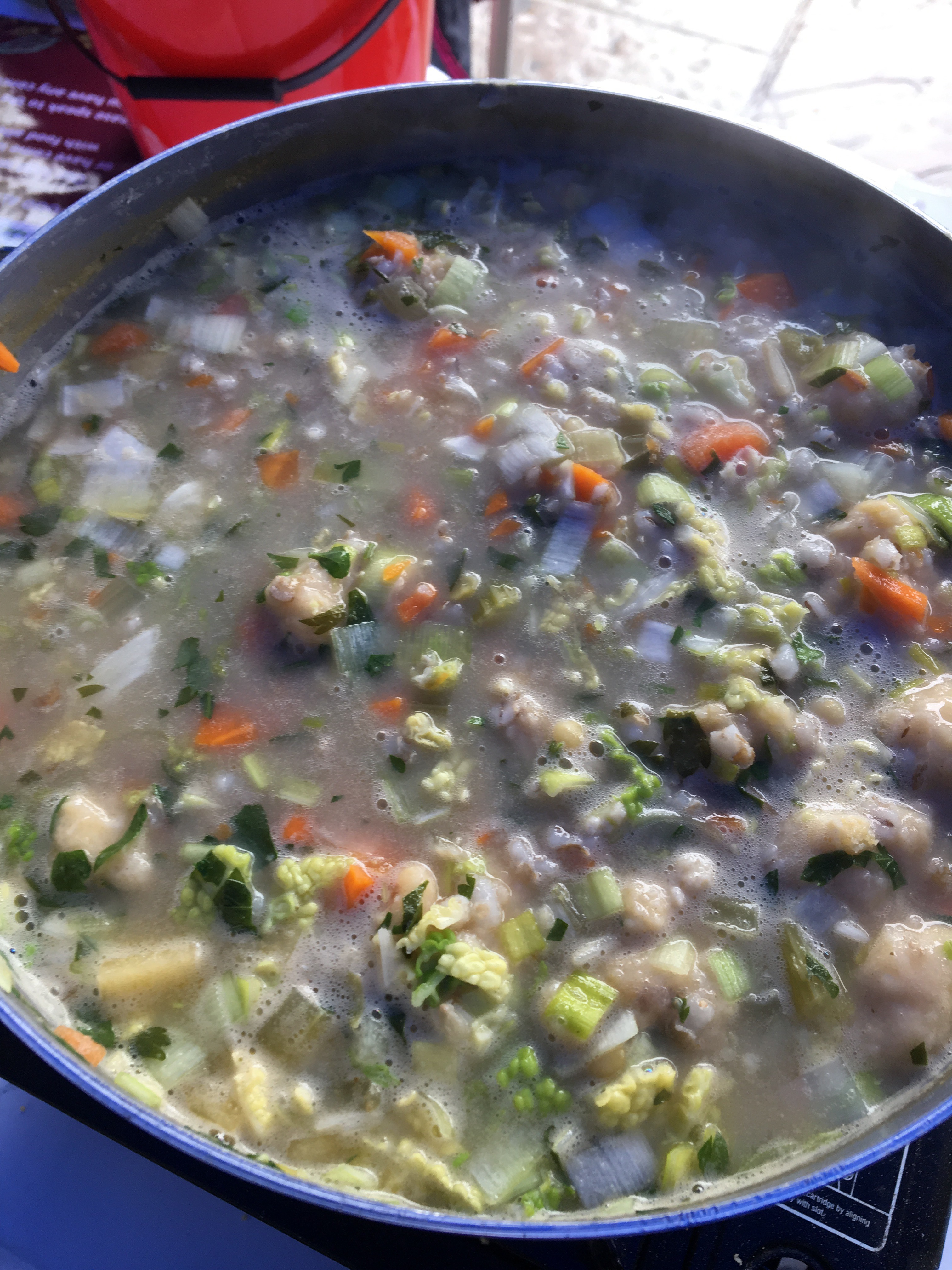 12 thoughts on “Fuck the holidays”