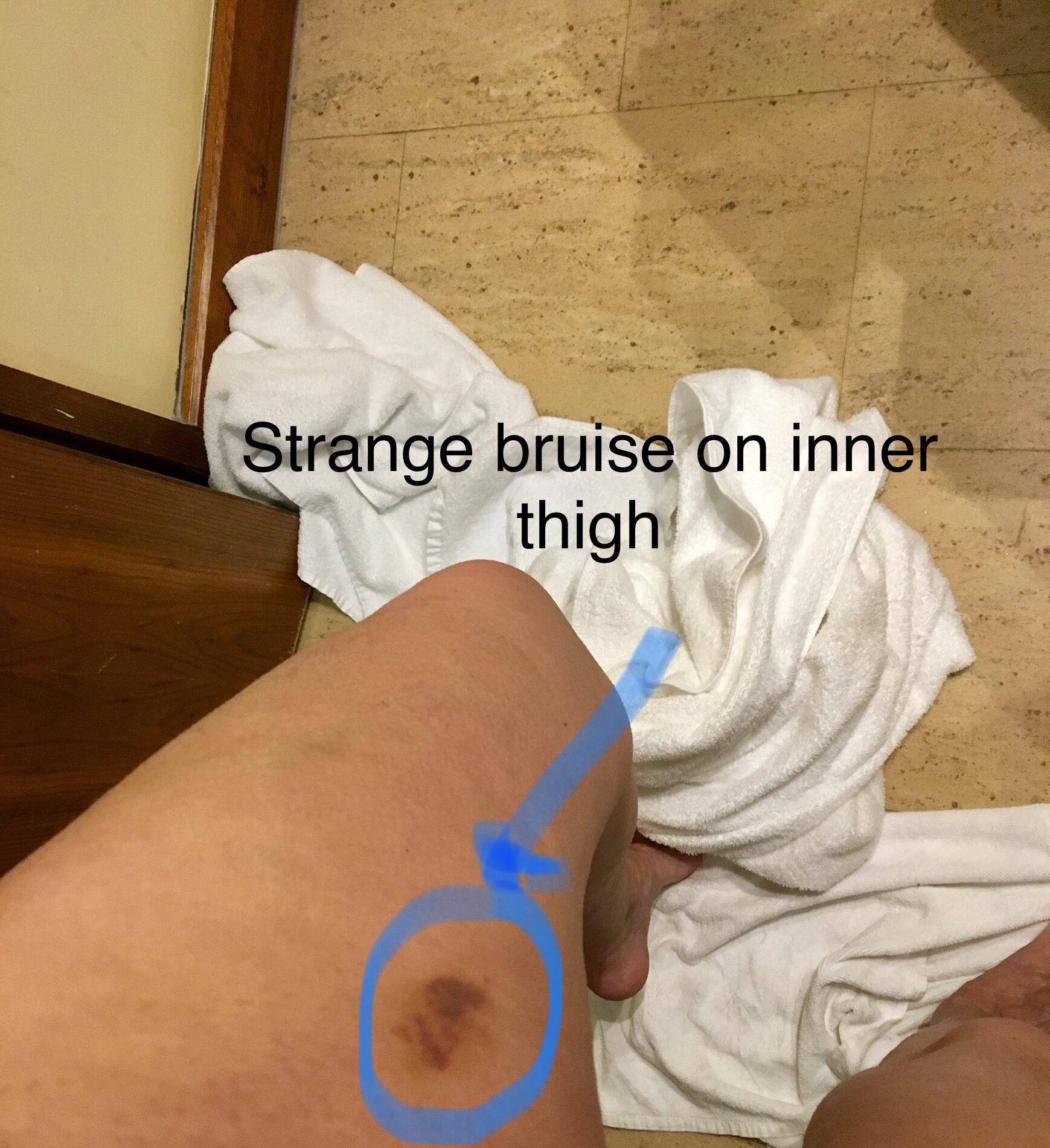 In the week before my lumpectomy I’d experienced the pure joy of cancelling things. Suddenly I had the perfect excuse to sit on my arse and just think about myself. “I am undergoing treatment for breast cancer”. There’s no arguing with that.

Don’t misunderstand me, the things I cancelled were all things I’d been looking forward to – I was booked as a guest speaker for a literary festival, was due to take part in a university lecture series and the local Rotary were going to chauffeur, wine and dine me for an evening while I waffled on about what I did.

‘What I did’ had suddenly become past tense instead of imperfect.

But it felt amazing to be able to shake off responsibility so easily and I lazed around in bed for three days after my lumpectomy, reading books and writing my diary without any hint of guilt.

For three days. Then I began feeling guilty as hell because after all, I only had teensy-weensy micro dots of cancer which had now been whipped out. I was giving people the impression that it was worse than it really was. I was coming over all Munchausen’s and that was very, very wrong.

Little did I know.

I thought it was all over and so, when I went back to the hospital, two weeks after the lumpectomy, I wasn’t prepared for hearing bad news.

I was eager to ask Miss Gadd, the consultant surgeon a few questions.

1) Why the hell had said she was going to take pictures of my operation when she had no intention of doing so? (See my last post re the photos)

2) Why had my surgeon not warned me that half of my breast would disappear when he was removing less than a centimetre of tissue?

3) Why had the anaesthetic left me with a vile chemical taste in my mouth for five days after the lumpectomy?

4) Why on earth did I come out of surgery with a massive tender area on my inner, left thigh which later developed into a black and deep red bruise?

She listened, and answered with;

1) “I think there must have been a mis-communication by the nurse in regards to the pictures but I hear you got them anyway in the end.”

2) “About your missing breast tissue, we always say that there will be some cosmetic changes and that the outcomes are different from patient to patient.”

3) “There are a number of components in the anaesthetic and next time it may be possible to change the one most likely to have given you the problem.”

*** A nurse would tell me later that the bruise was probably from someone in theatre not being very gentle when they strapped the thing to my thigh that earths me when they are sealing up my blood vessels with an electric tool. Or some such thing.

The nasty taste was because the anaesthetist (the same one who made a complaint about me having a photographer in my room) hadn’t put enough lubrication on the tube he stuck down my throat. ***

“We need to talk about what we found.”

Hiding amongst the teensy pre-cancer calcifications had been a 2.5mm invasive cancer. They hadn’t expected to find this but now I would need to have some lymph nodes removed from my left armpit to make sure the cancer hadn’t travelled there.

“We’ve tested to see if the cancer responds to oestrogen and it came back negative. We’re still waiting for the results of the progesterone and protein tests.”

“At least the oestrogen was negative. That’s good then.”

Miss Gadd didn’t respond to this and it was only when I went home and started googling ‘cancers that feed off oestrogen’ that I discovered the negative result was NOT good. This was because it meant I wouldn’t be able to take hormone blocking tablets to stop the cancer growing. Or spreading.

According to google, the worst case scenario would be if I tested negative for oestrogen, progesterone and protein. This would mean I was something called ‘Triple Negative’. And triple negative meant an aggressive cancer which could only be treated with chemotherapy.

Only now, Miss Gadd was telling me that I would be having a course of radiotherapy after the removal of the lymph.

I wasn’t really taking any of it in but when she said I would need three weeks of radiotherapy I said, “I’ve always promised myself that if I had cancer I wouldn’t go down the path of chemo or radiotherapy.”

The reason for this was that I’d had a friend who died from leukaemia, ten years ago.

I’d helped her to write a magazine diary of her battle and hearing how the treatment affected her made me vow to never go down that path.

Miss Gadd replied “The difference is that now we are eradicating any possible stray cells from the cancer we’ve removed. If however, a secondary cancer appeared then we would only be trying to shrink it and control the symptoms. We would’t be eradicating it. So that’s when you can make your decision about having treatment or not.”

I didn’t have a clue what she was talking about. And I didn’t tell her because I felt so stupid that I knew so little about the greatest killer called cancer.

In my head I asked, ‘If you’ve cut out a cancer once, why wouldn’t you do it again? If radiotherapy is supposed to kill it all off once, why not again?”

We left, the questions un-asked.

My sister hugged me while we waited for Ged-the-lovely-husband to pick us up. I was frantically trying to work out how I would make the bad news sound good to him. ‘It’s almost definitely 100%, all gone. They just need to make sure by checking the lymph and zapping me with a bit of radiotherapy.’

I went home, suddenly exhausted, and fell into bed to sleep for three hours. Then I woke up, had a gin and looked on the positive side – teensy cancer, all gone, no cancer expected to be found in the lymph and a quick 3 week zap of radiotherapy then I’d be good as new.

Absolutely nothing to worry about 😀