Thank God we had some good news today. Yes, Lidl have been brave and become the first supermarket to agree to pay the living wage. They weren’t far off it anyway and I should know as I chat to all the staff at the Burnley Lidl about their pay, conditions etc. There’s a lady working there who is now earning more than she was as a teaching assistant. . .

Anyhow, this was good news amongst plenty of bad this week.
1) I spoke to a lovely Police lady who told me “It’s like Christmas out there” and she wasn’t referring to the weather. There’s always a surge of attempted suicides at Christmas and she and her colleagues are dealing with way too many at the moment. The terrible thing is that when they’ve talked people down from bridges or car park roofs  or in one case, rushed a young girl to hospital after slashing her wrists, they are despairing that vulnerable people are turfed back out on the street without any psychiatric help, sometimes within hours of the suicide attempt.

I’m also appalled at the lack of assistance for people who are vulnerable. I’ve spent some time on the psychiatric ward of a local hospital (visiting) recently and I’m telling you now – DO NOT GET ILL because you won’t get any help. There are no psychiatric services available because of cuts and this particular ward was mainly run by Health Care Assistants. One patient who started to write about the experiences that had led to her being on the ward was told to stop as she may bring up thoughts that were difficult to deal with. Certainly they   would be difficult for the untrained staff to deal with. Here’s pictures of the activity board taken over 3 weeks 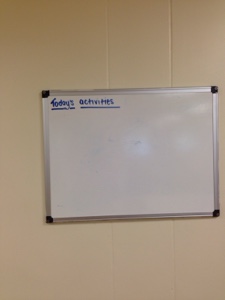 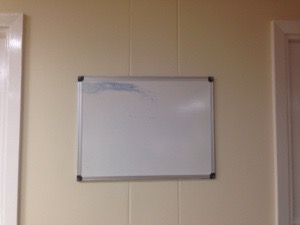 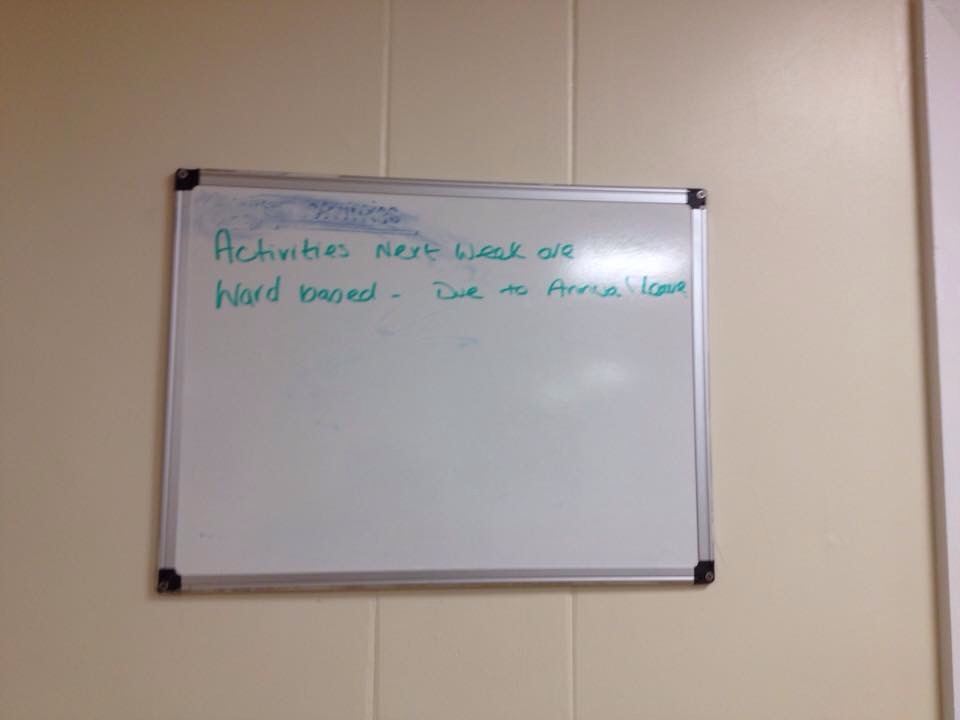 That’ll be no activities then.

2) I spoke to a college lecturer who said  it used to be the case that in a class of 20 young people there would be just a couple who were troubled and needed some emotional support. She now has 14 out of 20 students who are really struggling to cope with life. The MAJORITY of her students are self harming. How can this be right? And so many of them are sofa surfing or living in hostels.

3) I gave a talk on Wednesday  to a group of elderly ladies who had invited me along to speak about my work with local families and food poverty . They had even brought along some dried and tinned foods for me to take out to one of my struggling families. This particular mum had had her tax credits stopped after her partner walked out and left her and the two children. It’s now six weeks later and they’ve just  been re-instated but she has to appeal to get her backdated payments. Which will cost the taxpayer even more money.

Anyhow, the elderly ladies listened and applauded and I asked if there were any questions. One lady said, “We were poor growing up but our mother always made sure we had decent shoes and good food on the table”  In that case, I told her, she wasn’t poor.

“Do you find these families you feed all have mobile phones?” asked another. After I’d explained how the poor can’t get a contract for a land line, how you can get a mobile for a tenner or less, how a ‘bolt-on’ works and how you couldn’t get a parcel from the local food bank unless you had a phone, I was feeling weary. They’d collected food for people who they thought didn’t deserve it and if I didn’t know that a mother and two little kids would go hungry without that food I would have asked them to take it back.

If they could have seen how bloody grateful this poor woman was for the food (and the £25 fee I’d been paid) then they may have changed their over privileged minds.

They made me think that maybe I should  start doing coach trips into the areas where I take food, like they used to do  tourist coach trips into Soweto. But for God’s sake, you shouldn’t need to see the bodies on the beach before you believe that people deserve to be helped. 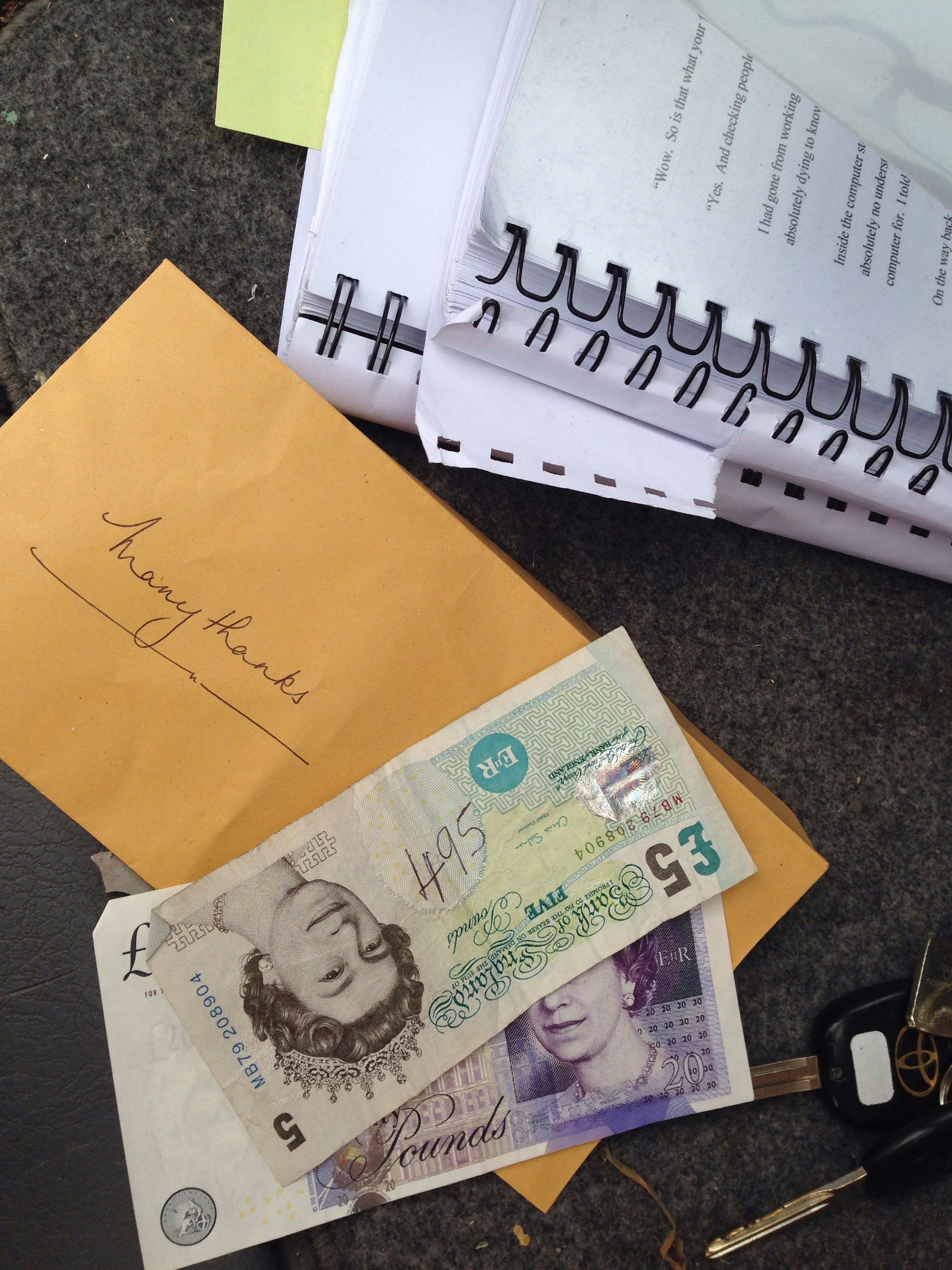 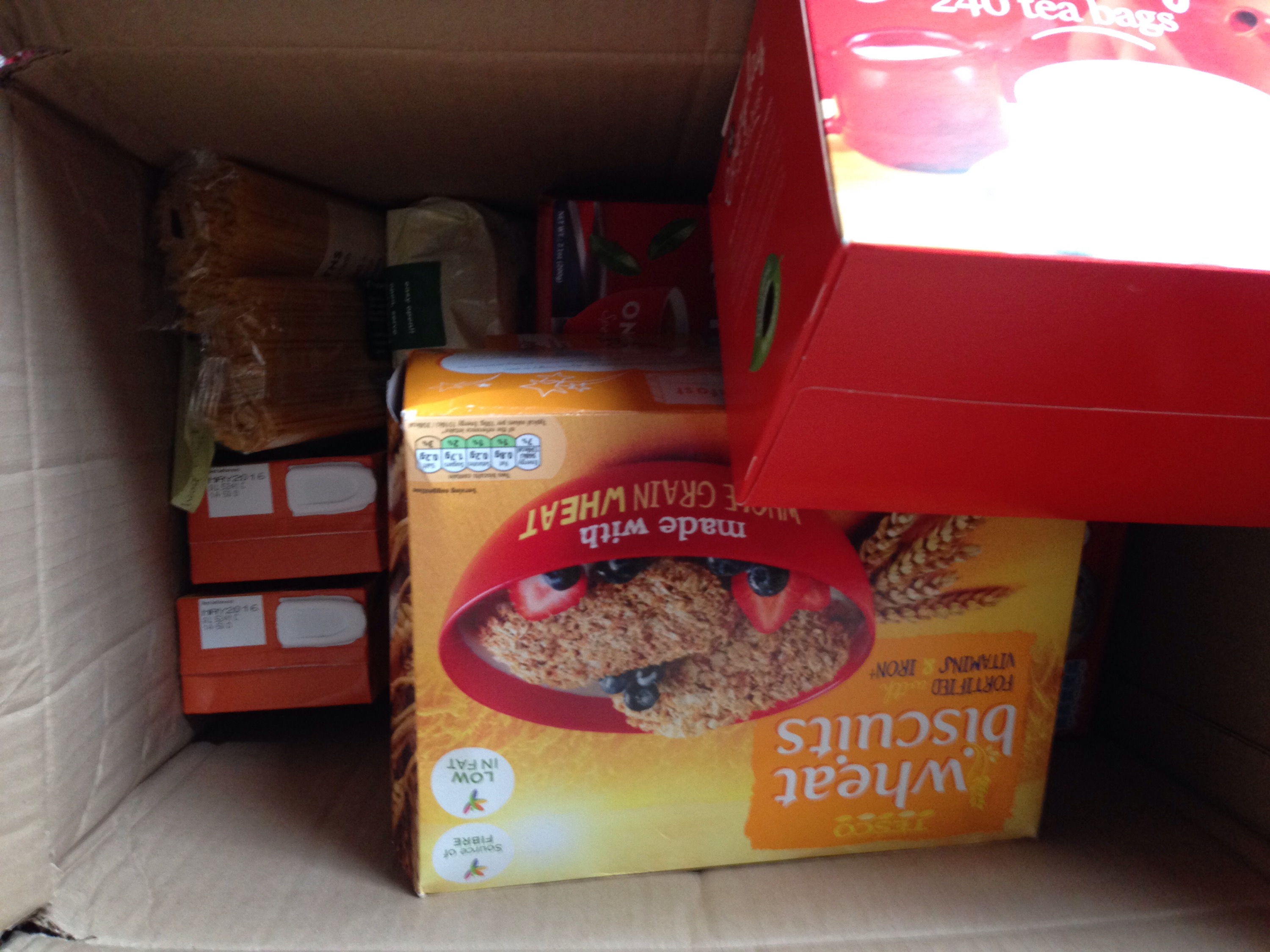 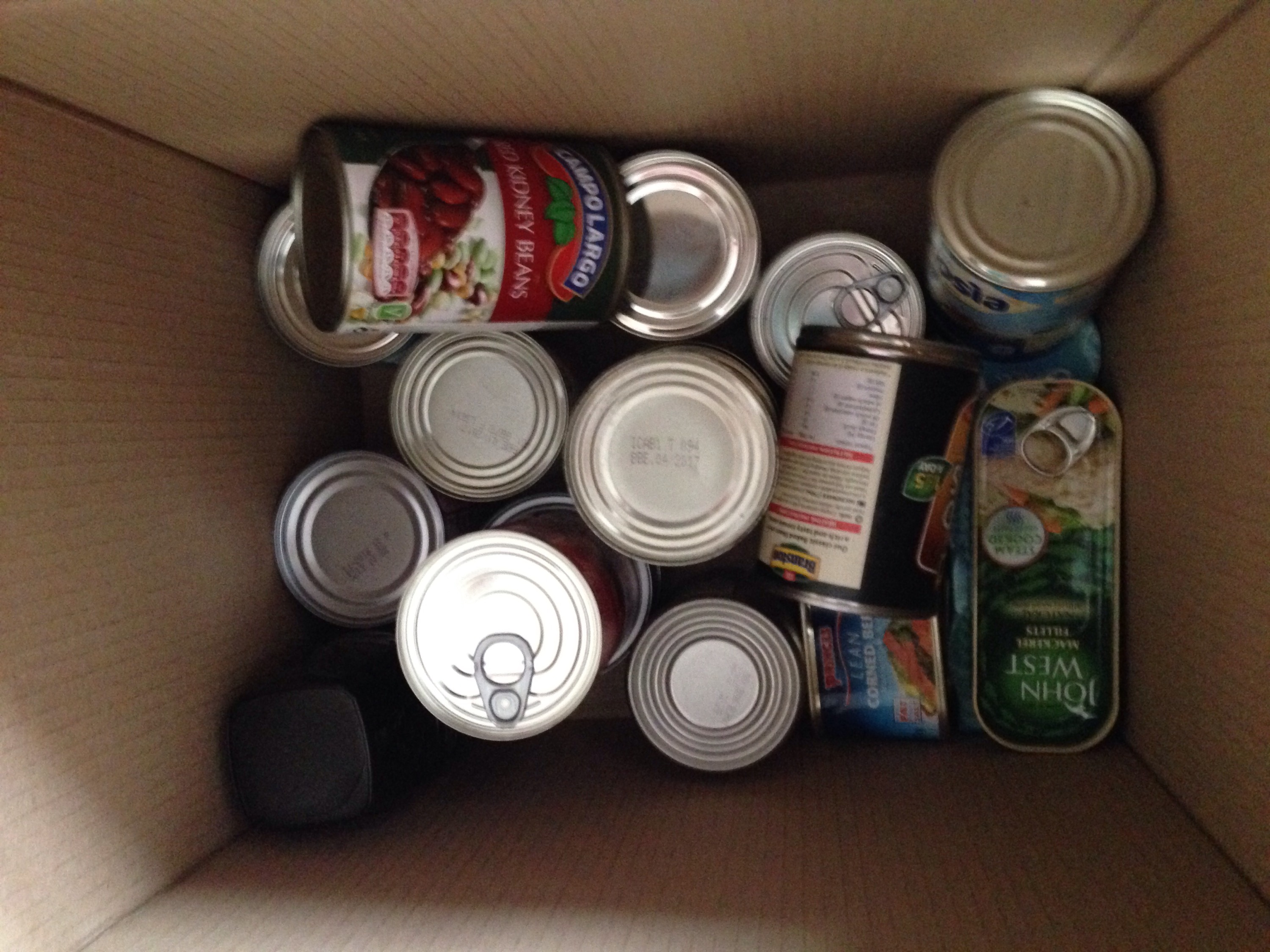 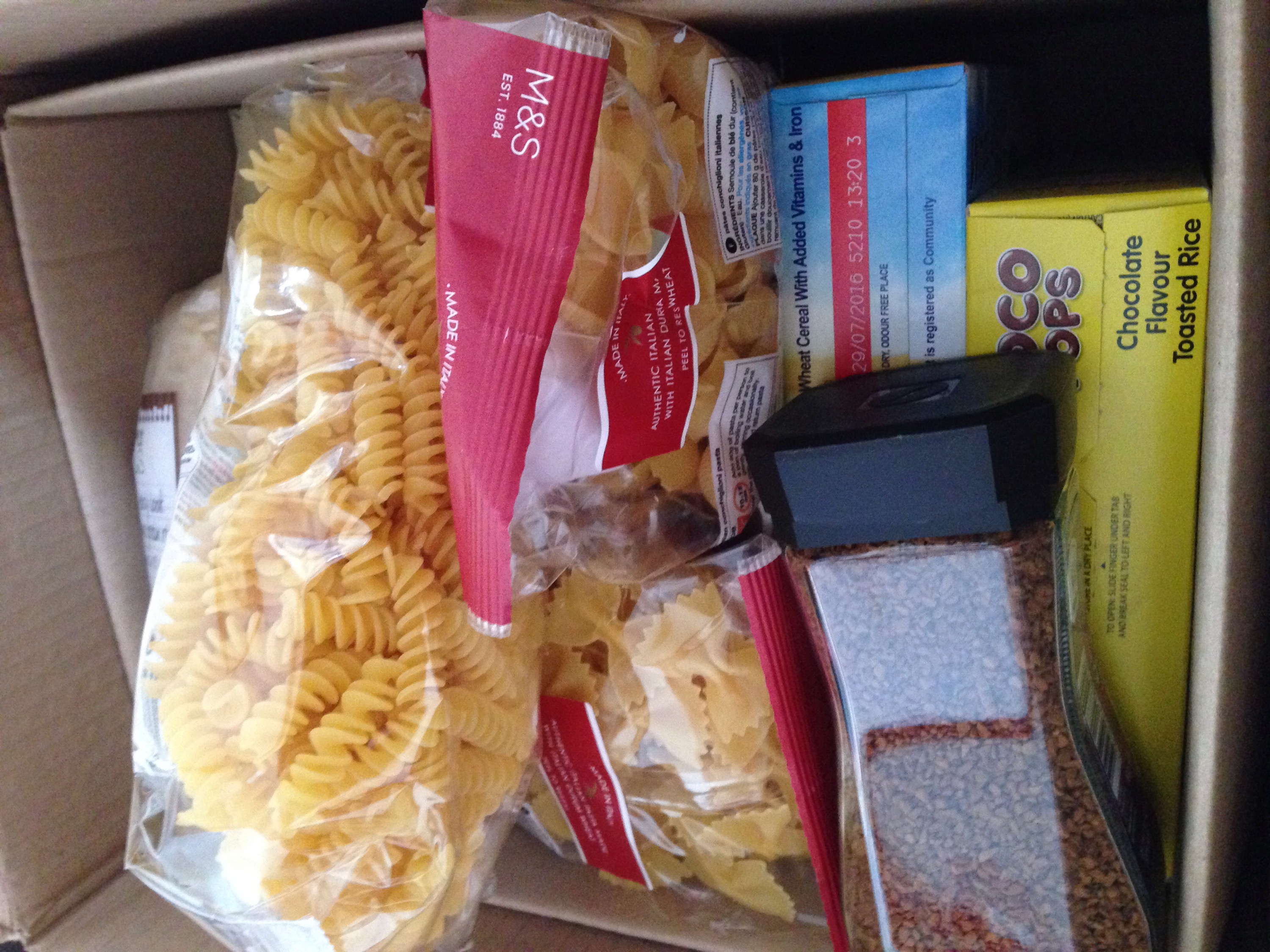 And my final bit of bad news is that I’ve decided to hand back the £10,000 cheque for the FoodRiot bus to the NHS. The criteria for the funding was that the groups who received the money would keep people away from the overstretched A&E department. But how can that be right when parents have to wait ten days for a doctor to see a poorly child? What choice do they have?

I had a team of nurses ready to come out on the bus with me and they would do this voluntarily because they know how bad things are. One of them is receiving food from me on a regular basis because she can’t make enough money as a nurse to feed herself and her kids. It’s not right that she should have to work for me, for nothing, after working all day.

Did you know that there is 30 MILLION POUNDS available this year from the Big Lottery funding to give to groups tackling food poverty? Or rather £27,000,000 because £3 million will be creamed off in administration fees.

The charities and social enterprises who are using this funding only exist because the vital services like the NHS, the Police, social services, education and councils have failed to do their duty and if that’s because of the cuts then put the money into the vital services.

For every agency who is doing good works out there and receiving funding for it there will be at least two who are inventing ideas to make vast amounts of money for its directors. Then the directors will pay other dodgy people to provide fabricated evidence of how the money was spent. And nothing will change on the streets. Kids will still starve, landlords will still suggest favours if the rent can’t be paid and funding bodies will add to the lies that everything is getting better by publishing the fabricated evidence and saying what an amazing difference their money has made.

It’s fraud on a grand scale and I don’t want to be a part of it. But I won’t stop shouting either and yes, I’ll still be using the husband’s car to take food to people. 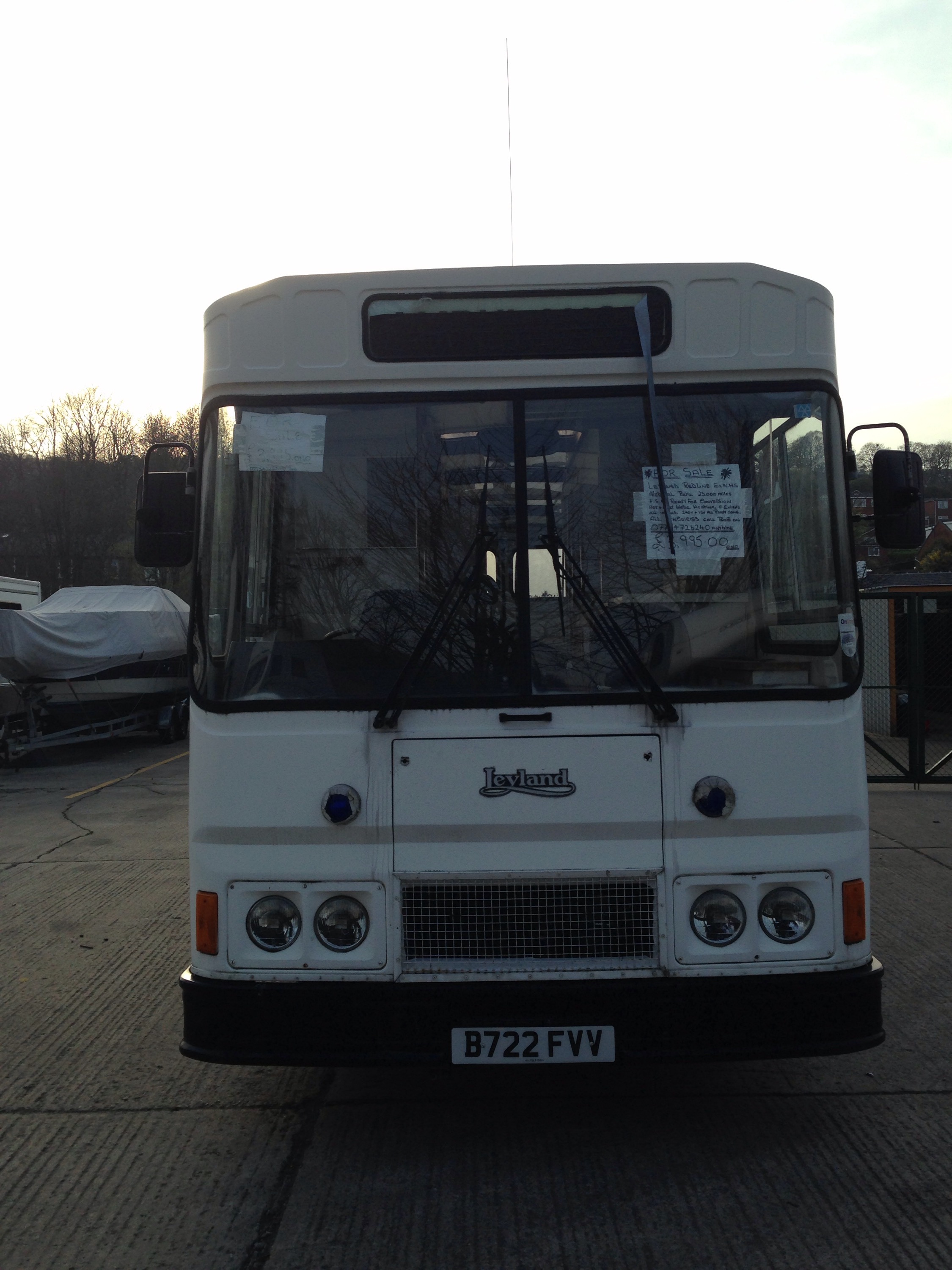