On October 4th 2015 we booked our holiday to Hurghada, Egypt.  Our lives are full on crazy madness in the run up to Christmas as Ged-the-goldsmith-husband battles to finish his commissions on Christmas Eve and I battle to get to get food out to as many people as possible.  Christmas Day is the earliest we can get away and flights to affordable destinations out of Manchester are limited. We managed to book 9 days in Hurghada leaving on Christmas morning and returning the night before the kids went back to school.

Then the Russian plane was bombed in Sharm on 31st October and my nightmares began.  After a week of waking from dreams where I was forced to kneel and watch as my children were tortured (and worse) I made the call to LowCost Holidays and told them we needed to change our destination.

I was told that we must firstly contact the airline – in this case Thomas Cook – to rearrange flights and was warned there would be extra charges to pay.  Unfortunately, Thomas Cook had updated their website and nothing was working.  When I called their office I was told to try again in a week.  The website was still not working by Christmas Eve  so it was impossible to search for any other flights.

I didn’t know what to do.  We were told that security had been stepped up everywhere in Egypt.  We were told that Hurghada was safe and until the Foreign Office said otherwise, we couldn’t get our money back. I had to ask myself if I really was prepared to throw away £4000 of bloody hard earned money for the safety of my children.

As the weeks went by, the nightmares became less frequent.  Ged and I were crawling towards Christmas on our hands and knees, completely exhausted and desperate to just stop, lie back in the sun and do nothing.

We went to Hurghada.  We took hand luggage only as I knew that if we had to be flown out, the luggage wouldn’t come with us.  In addition to the clothes and suntan cream I packed the following;

The final preparations were a family chat about what would and would not happen on holiday.  There would be no wandering off to games rooms or even the toilet alone.  We would stay together at all times and if any of us said the word ‘Rabbit’ it meant we were in a situation and we had to have our wits about us and run.  Together.

The security at our Hilton Hotel consisted of a bloke with a mirror on a stick checking for bombs underneath the vehicles.  If there was any more security than that, it was heavily disguised.

The beaches were open with no security and no staff other than the two blokes manning the beach bar.  Surely it should have occurred to someone that an attack from the beach was possible? Did Dunkirk never happen?

At one point Ged looked up from his beach sunlounger and said, “Oh look, there’s a couple of army boys heading towards us.”

This is how my train of thought went;

It was time to put the safe word into action and run like rabbits to the safety of . . . I looked around and spotted a brick pizza oven (unlit) and thought that Zoe and Joe might just fit inside it at a push. But then what if they were discovered? There would be no chance of them making a run for it.  Planning was pointless.  The army boys walked straight past and I made my way to the beach bar for a double vodka.

On the third day as we walked from our hotel block to the restaurant for breakfast we lost Joe-the-ten-year-old.  He was walking with Ged, just ahead of me and Zoe.  Somehow, Ged ended up a step ahead of him and Zoe and I were chatting and suddenly Joe was gone. We’d relaxed enough to lose a child.

“Where’s Joe?” I shouted and all our plans to stay together fell apart as we ran off in different directions to shout at closed doors and listen for screams or muffled cries.  If this had been a hostage taking situation then I would have lost two children instead of one.

Joe was in the restaurant after taking a shortcut.  He’d forgotten that we were supposed to stay together because holidays are all about relaxing and not expecting to find a knife at your throat at any minute.

We asked for a transfer out of the Hilton after four days, not because of the lack of security but because of the rock hard beds, the freezing cold pools and the crap food.

I didn’t expect the security to be any better at the Titanic (!!) and was mightily impressed when we had to pass through an airport style metal detector doorway on the way in.  It bleeped for every single one of us and the staff just waved us by.  Our alarm bells should have been ringing louder than the metal detectors but we didn’t want to upset anyone by asking questions.  Or rather my kids didn’t want me to have a disagreement with anyone else after Hilton-gate.

It became clear that there was no way we could risk going into the old town – El Daha – to find some decent Egyptian street food and see something other than parents chain smoking while their kids tried to focus on I pad screens through the smog in the hotel lounge.

Hurghada new town was as far as we got.  We were warned by our holiday rep that it was unsafe to take the orange and green taxis that waited down the road from the hotel so we paid the $25 for a hotel bus to take us into Hurghada and meet us after 3 hours.

The hotel transfer bus had curtains drawn across the windows and I knew it wasn’t to keep the sun out.   I opened mine (as I prefer to see who’s taking a shot at me) but I didn’t insist that the kids in the back open theirs as I normally would.  I may have paid 4 grand for them to look at the scenery instead of a phone screen but I was willing to let this one go. Security guards asleep next to their mounted, automatic weapons were not something that I really wanted to draw their attention to anyway.

“It’s ok” said a shopkeeper, opposite “I can see you are worried but this IS your driver.  He will take you to your hotel.”

Four times the driver’s phone rang on the 20 minute journey back to the hotel and four times he grunted (not speech) into his phone while trying to pull over.  If I’d thought he was pulling over to speak on his phone safely that would have been fine but I was 99% certain that he was arranging an ambush.

Getting out of the car and making a run for it was the only logical thing to do but of course we didn’t. We stayed in the car and  eventually arrived back at the hotel where we tipped the driver generously for not killing us.

Since the attacks in Hurghada this week, Twitter has been full of people saying how safe they felt while holidaying out there and all I have to say to that is ‘Bollocks’.

It wasn’t safe and no-one truly felt it was.  When the fireworks went off on New Year’s Eve at 6.30pm we looked down from our window to see people ducking and flinching as they walked across the outdoor area to the restaurants.  You don’t do that if you feel safe.

The tourists at Bella Vista were bloody lucky that their security guards were awake, had working guns and acted quickly because I don’t think it would have been such a good result in either of the two hotels we stayed in.

As for the Foreign Office deciding  it was safe for us to travel to the Sinaii – I’d love to know what brought them to that decision.  Because if they thought insecure beaches, sleeping security guards and airport staff who didn’t even check the liquids in our bags was nothing to be concerned about  then we really need to worry. 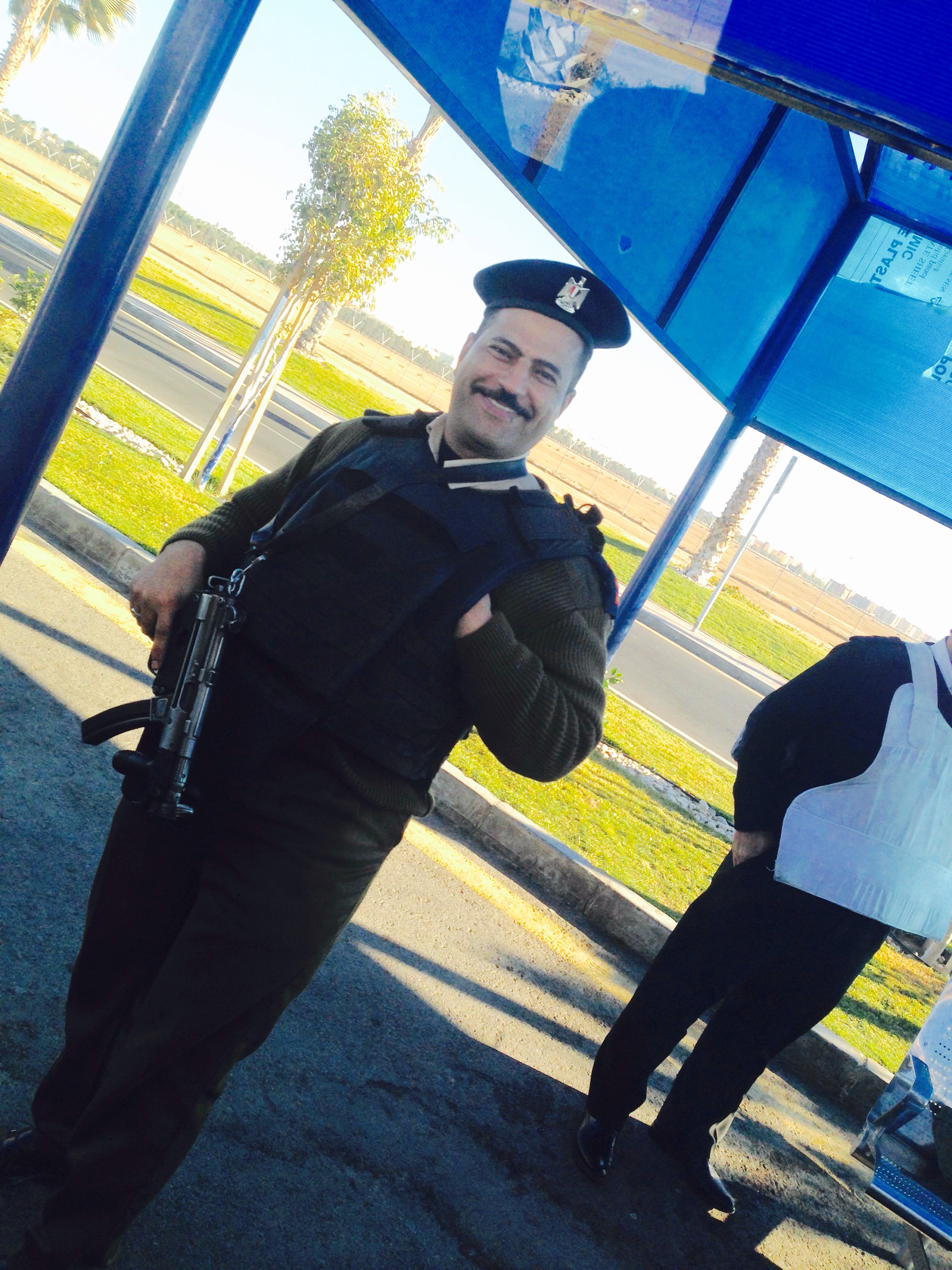 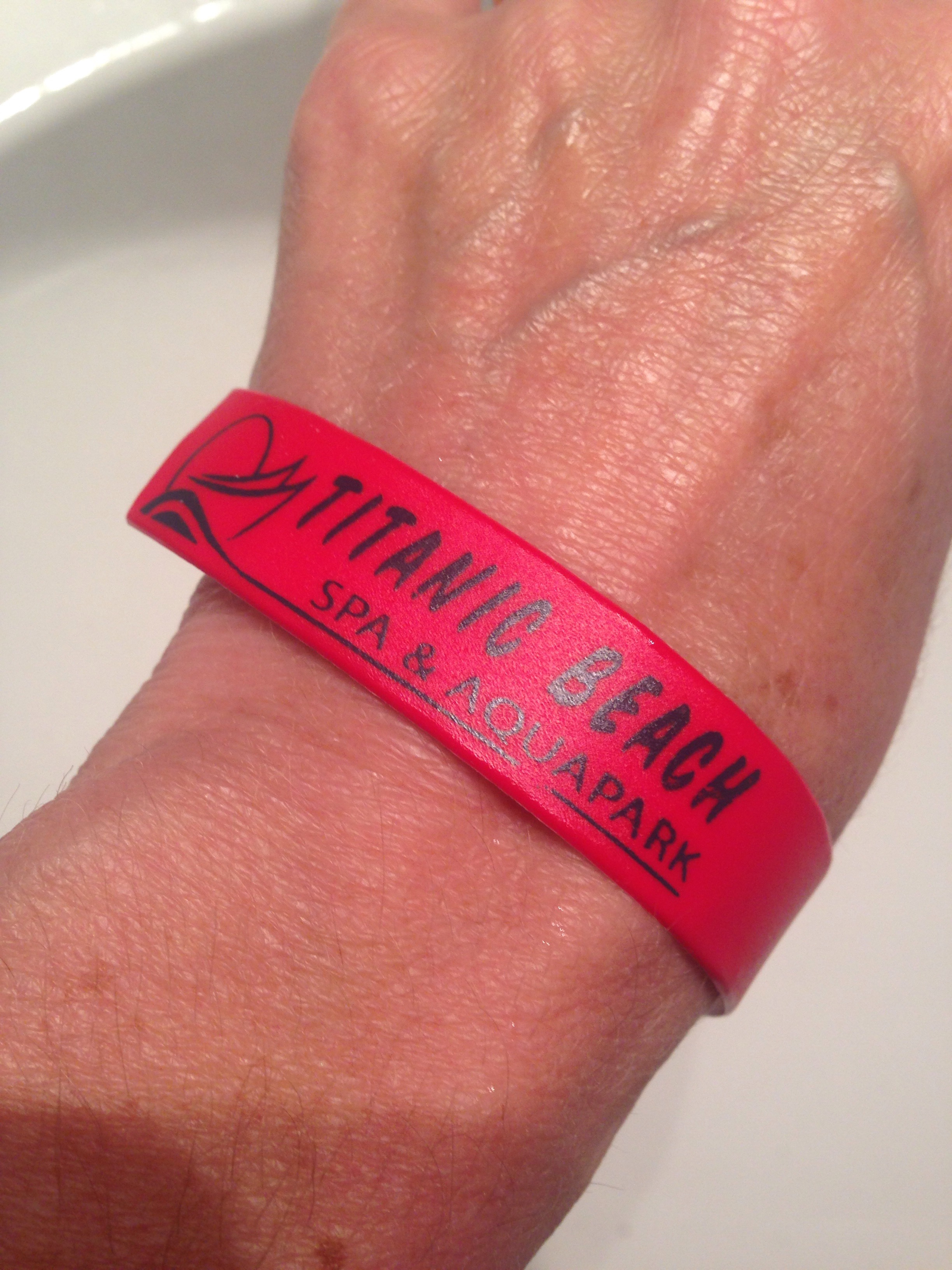 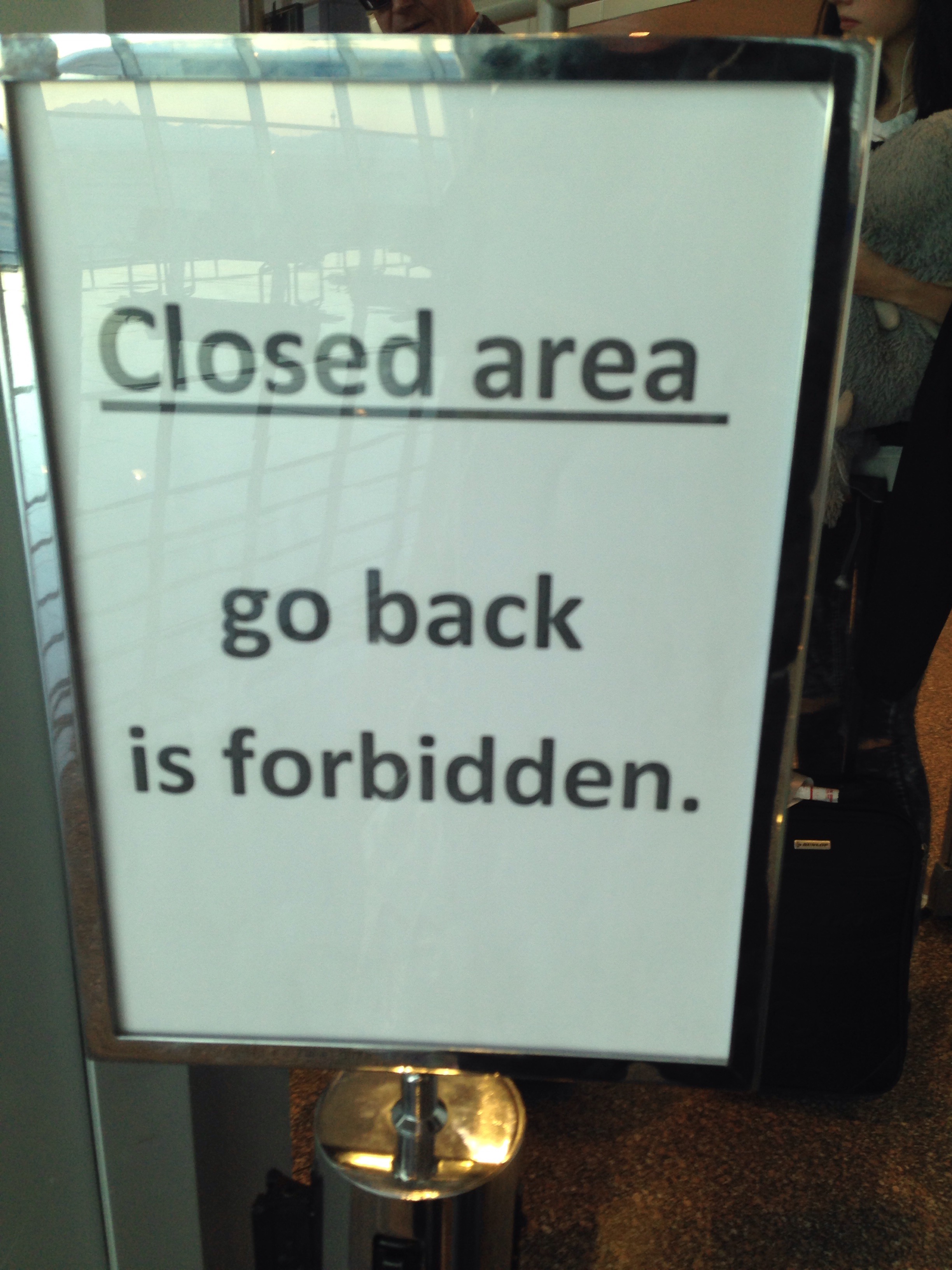 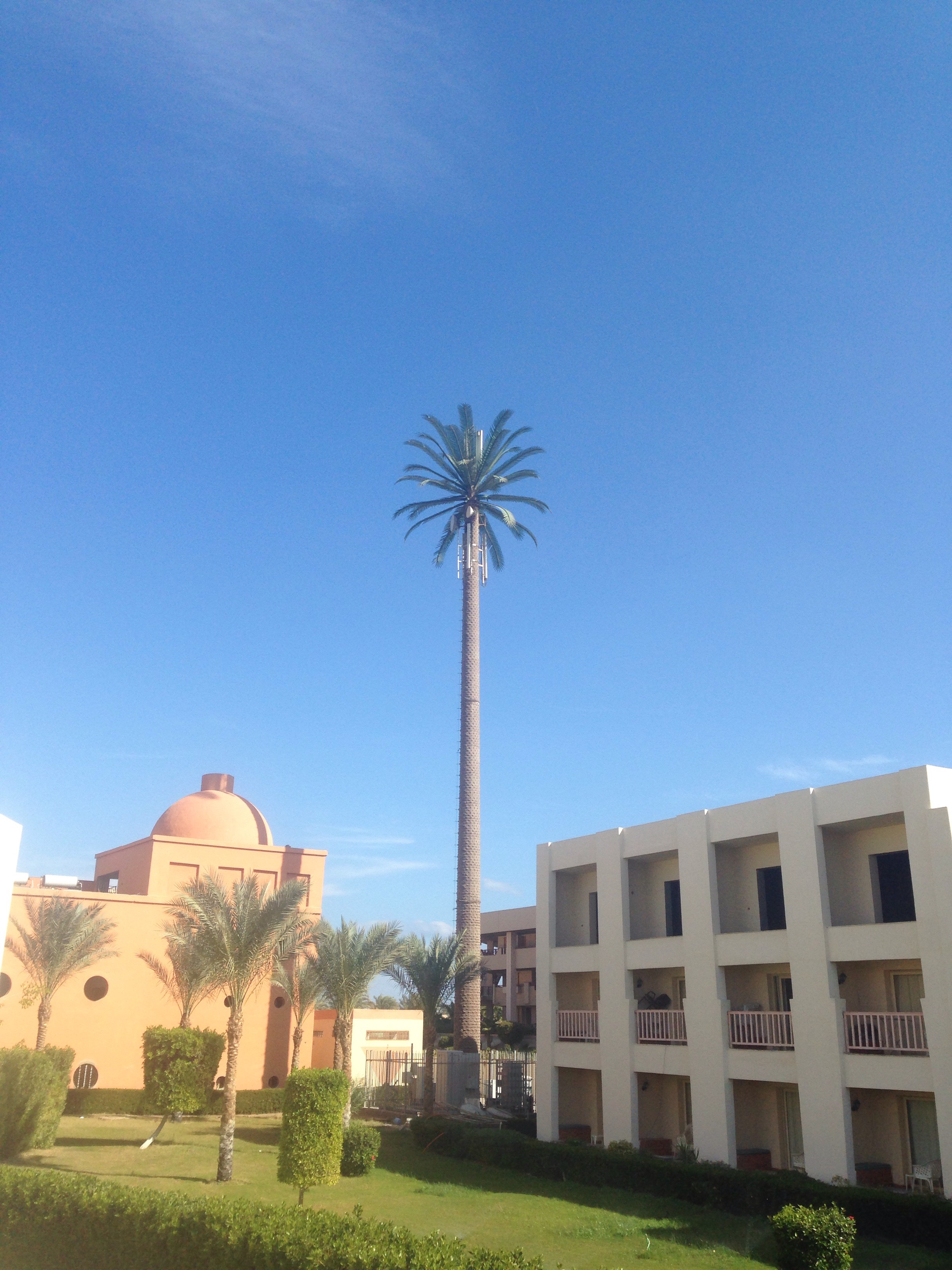 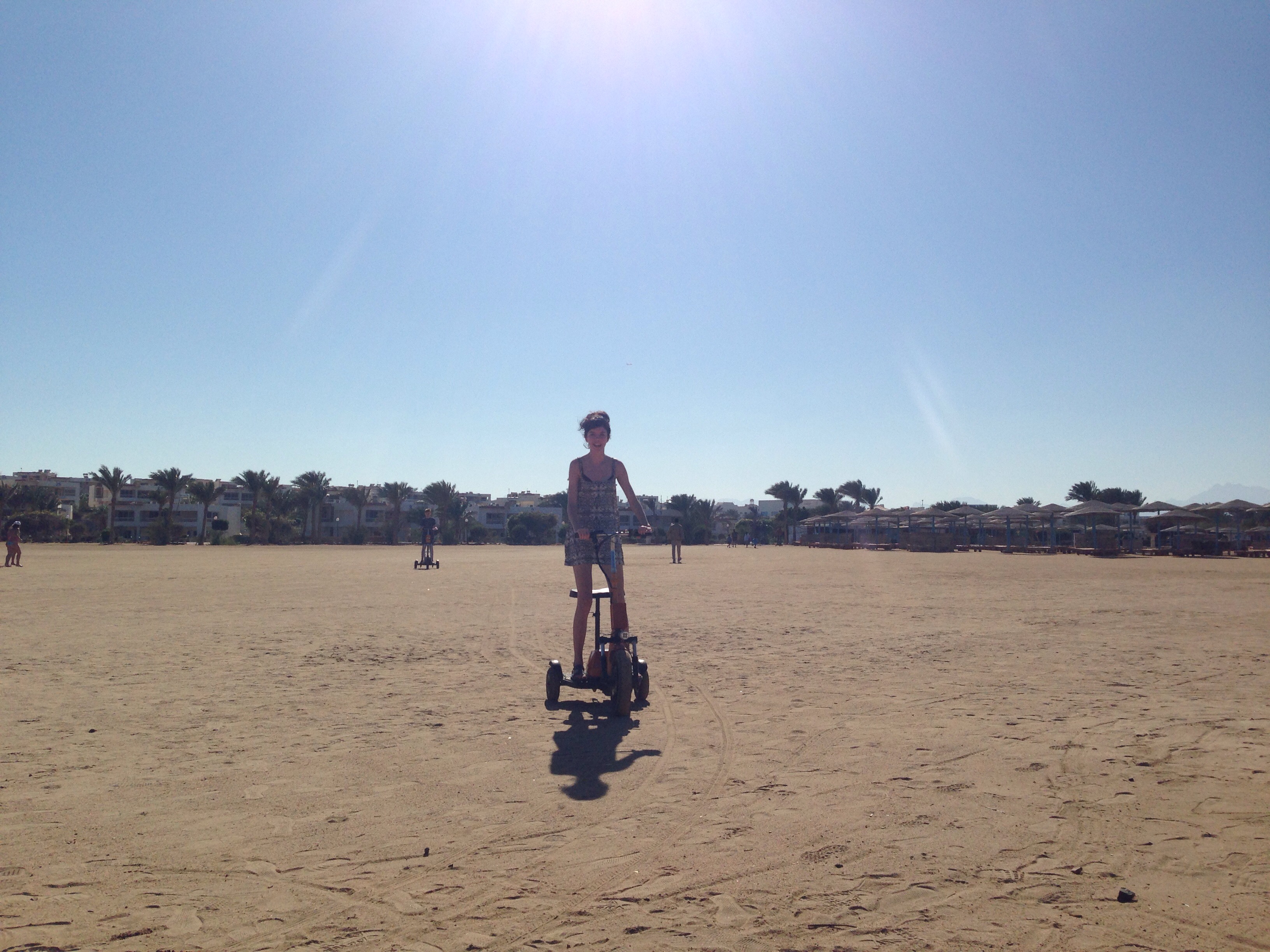