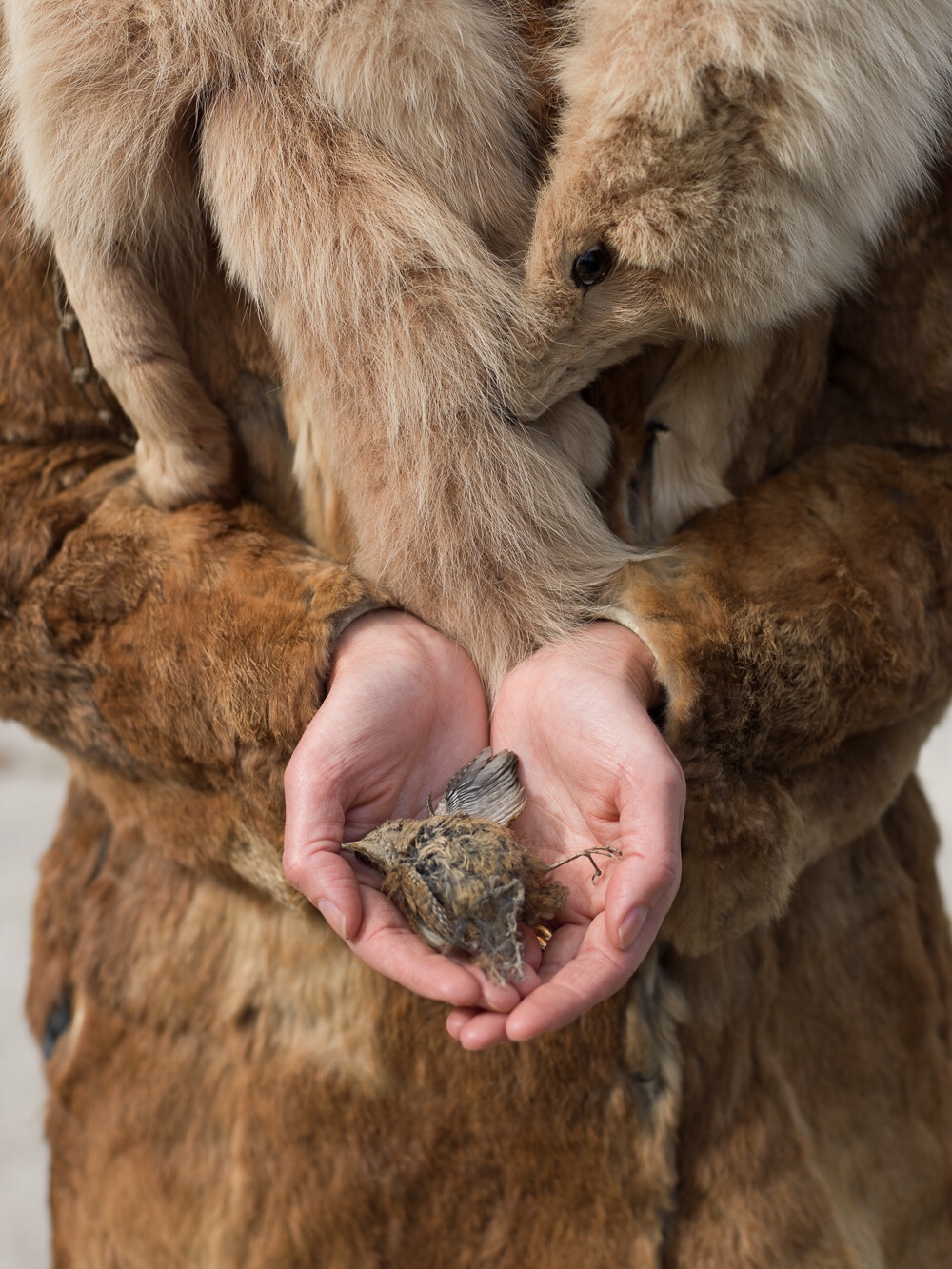 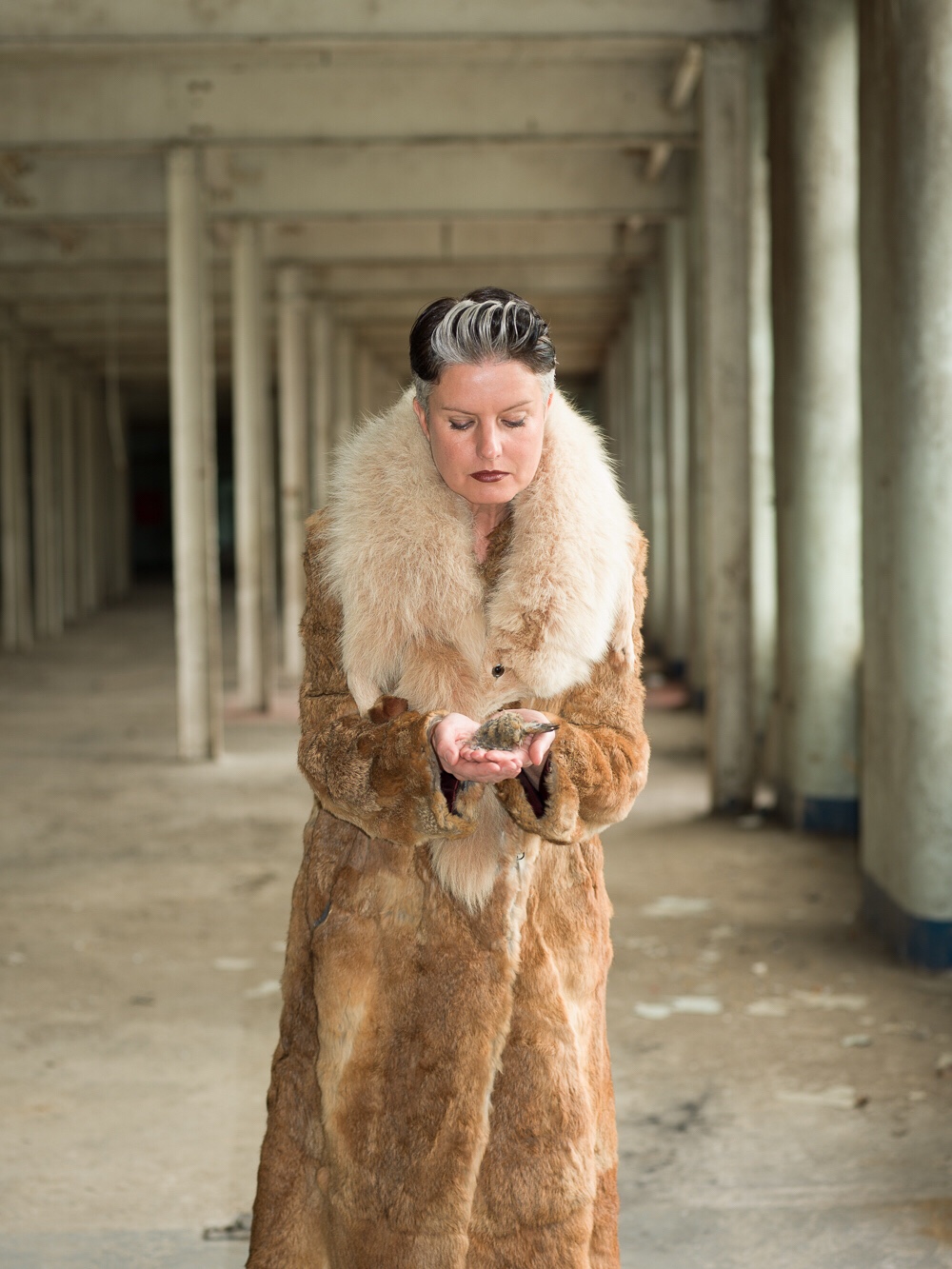 These were the words of the nurse when I went back to the breast clinic after the call back from the mammogram.

She’d looked at me while lifting my breast to be squashed flat in yet another mammogram and said “I recognise you from my sister-in-law Casey Orr’s photography exhibition.”

“Casey was one of the first people I thought of when I found out I may have cancer” I replied cheerily “because if I need surgery, I’d love her to take photos and record the journey. Especially if I have to have a mastectomy.”

Hence the “Let’s not get ahead of ourselves” comment.

I’d met Casey (an American photographer living in Yorkshire) when she’d taken pictures of me for her exhibition ‘Animality; women, animals and instinct’. She had arrived at my home with her camera two days after my 50th birthday.

The previous two days had been spent in a sulk because Ged-the-husband had bought me a le Creuset pan as my present. I may have overreacted but the Champagne had remained in the fridge and I’d refused to celebrate because I wasn’t in the mood. It wasn’t because I’d turned fifty. Honest.

But when Casey walked through my door, Amazonian in height, with bright yellow hair and an air of sunshine, I wanted to open the Champagne. How could I not love a girl who said “Hey, why not?” when I asked if she’d care to join me in a bottle of Champagne at 10am? We drank it down and my 50th birthday misery evaporated with every bubble.

We spent the day taking pictures of me in my scabby, charity shop furs, in the beautiful surroundings of an abandoned medical dressings mill. The walls were peeling pale blue paint and the floor was littered with dead butterflies and the weightless, de-hydrated remains of a dead bird. I asked Casey to take a picture of me holding it gently in both my hands before taking it home to keep in a glass dome. Life and death in all its fragility.

The photograph of me was exhibited 6″ high in all its Hasselblad glory in a gallery in Leeds. A wonderful marker of my half century.

But back to this, my most recent breast clinic tale. The nurse’s comment had been perfectly reasonable in the circumstances because all I had were some little bits of calcification in my left breast which could be completely harmless. I was indeed getting ahead of myself.

However, in the coming weeks, as my diagnosis changed from pre-cancer to something that meant I had my own oncologist, too many people told me not to get ahead of myself, discouraged me from asking questions and made me spend too much time on Google. If someone asks you if you have any questions then they should be prepared to give you a full and honest answer.

This first day of investigations was a bit of a mammoth one. I had scans and mammograms that flattened my left breast from top to bottom and left to right culminating in a combined mammogram and biopsy.

I hate mammograms but have had them more regularly than most women my age since having a ‘benign tumour’ removed from the other breast when I was 38.

Zoë-the-daughter was two years old at the time. I was a single mum living in London with no family around me when I found a hard pea-like lump. Somewhere in a box in the attic is a leaflet from the UCH waiting room where I scribbled Brontë-sized panicked thoughts in the margins after being told they would have to remove the lump.

What would happen to the two year old Zoë if I died? Would this be the end of the problem if they took out the lump or was this how cancer began? Firstly benign and then slowly mutating over the years?

My sister Janet had come down to London to look after Zoë while I went to UCH for the investigations. When I called her from the hospital to say I would need surgery, she threw up. My middle sister’s love for me will always be measured by her stomach and I suspect (she now lives in Spain) that she’s thrown up a few more times after our recent phone calls.

My eldest sister, Maggie, came with me to my appointment this time. I didn’t know how much I would need her but as the day progressed from ‘There are just a few minuscule areas of calcification we need to look at” to “I’m afraid we need to do a needle core biopsy while your breast is in the mammogram” I became very, very grateful for her being there. This is my best advice to anyone going through this; take someone with you and preferably the same person every time so they can ask all the right questions, make notes and be your witness when (as would happen with me) doctors and nurses try to deny what they have said to you.

I left the breast clinic feeling a bit bruised and battered from the hateful mammograms and the needle core biopsy (and with a metal clip left inside my breast to mark the place they may need to return to) and thinking, ‘I’ve just taken the first step towards becoming a one in four statistic. ‘

And part of me wondered if I would have been disappointed if I’d got the all clear and been told the calcifications were nothing to worry about and could be left alone. I really don’t know.

2 thoughts on ““Let’s not get ahead of ourselves””